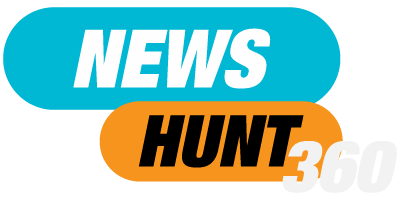 Have you ever thought about why we all want to kill pests, particularly mice? I am sure never, but it is extremely important. We try to protect our family members from all possible threats. And mouse and other pests can bring a huge threat to the health condition of your family member. There can be the possibility of food poisoning, diarrhea, and many more stomach related dreadful diseases. And this sets the tone for this article, through which we want to aware our audience of modern methods for combating pests. We would be enumerating several methods and one can choose as per his convenience.

Many of us are habitual of leaving uncovered food after dinner on the table or the kitchen shelf. This is more evident in the case of teenagers and youth. They are so indulged in their fast lives that they tend to forget this threat. And this becomes an entry point for this danger in your house.

You might think it is so simple we can kill them. But it is not so simple. There have been several conventional methods like bucket mouse trap but people have moved forward towards more advanced and scientific approaches. And, these we are going to uncover in this article.

This method deals with bringing a mouse into a chamber and then giving a fatal electric shock to the mouse. This in turn kills the mouse. These are engineered tools wherein you need not touch or see the mouse. These are advantageous as neither you nor your pet needs to encounter dead mice. They come with a signal which blows and indicate if a mouse is trapped and killed. These are certainly more expensive than traditional methods and are best suited for places with a lower number of rodents.

These are more mechanical and these have doors that are triggered. In this when the mouse enters the chamber the door gets shut and it remains shut till the time you open it. Then you can open the door after going out of your house. Thus you would not need to kill the mouse. These are effective and do not consume any kind of power. These are effective and do not put any burden on your pocket. Being easy to use these are widely used to remove rodents from your house.

These are some of the new ways that people have started using to trap the mouse. Earlier bucket mousetrap was the most common technique people used. This arrangement comprises the glue board. It is either plastic or cardboard. It is completely mechanical. When a mouse gets attracted and tries to cross these traps then he gets stick to the board. And this stops his movement. These are of good use for inside the house and you need to keep them away from pets or children in your house.So, it is quite advisable to use these modern methods to kill the mouse and other recurring pests in your home. This in turn would keep your home healthier.

Many industries underwent many changes in 2020, and the music industry is no exception. As a result, there have been many exciting trend changes in 2021. If you enjoy going to the pub to have a pint while listening to music, check out The Rocksteady. Here are a few of them:

Priyanka Chopra Says She Was ‘Shocked’ When Nick Jonas Proposed After Only 3 Dates!

Nick Jonas and Priyanka Chopra have been happily married for about two years now but their engagement happened really early on into their dating period so the actress now admits she was shocked when the Jonas Brothers singer proposed. As you might know, the two had only been seeing each other for two months and had been on no more than three dates when Nick got on one knee and asked if she wished to spend the rest of her life with him!

That’s right! Priyanka was apparently just as surprised as the fans when Nick put a ring on it two months into their relationship!

RELATED: Nick Jonas And Priyanka Chopra Photographed Together At The Airport!

During a new interview for Elle UK, the Quantico star confessed that she ‘didn’t expect the proposal at that point… It was 2 months! It was still a complete shock. However, I relinquished control and just went with it.’

She went on to recall that ‘We were just sporadically meeting for about two years. We were texting and stuff, and there may’ve been a part of me that wanted something serious. But I was taking a hiatus from men at that point. I did not want anyone romantically. But there has always been something about Nick, which is why we always ended up just staying in touch, no matter where we were.’

As mentioned before, it’s already been nearly two years since the two tied the knot and there are still no doubts that they made the right choice to say I do!

RELATED: Priyanka Chopra Admits She Was Not A Fan Of The Jonas Brothers Before Meeting Husband Nick

Priyanka explained that these months by his side have felt both like a long time as well as a moment!

‘It’s so weird… I feel like I don’t remember what life was before I met him,’ she added.

The two are actually really busy normally and so, they have agreed to meet in person at least once every three weeks for a couple of days no matter where they are in the world.

It was their one marriage condition because otherwise, they would never really see each other! But, while that may be a little unconventional, they have definitely made it work!

Gabrielle Union shared a new post in which she is praising another lady. Check out what she has to say about Jazmine Sullivan below.

Today’s #WCW has a voice that soothes, heals, inspires, and at times, motivates to break someone’s windows, @jazminesullivan. She has gotten me thru the darkness and spoke truth to the pain. This R&B star has been given the honour of performing the National Anthem at the Super Bowl this weekend, and I can already feel in my bones that she will LIGHT up our screens. Jazmine has 12 Grammy nominations under her belt and remains humble and authentic to her art. She comes from a lineage of female creators – her grandmother was a poet and church evangelist, and her mother wrote plays – so it no surprise that creativity exudes from her. Take notice, folks! Let us lift her up in the light of goodness and hold her there,’ Gabrielle said.

Someone commented: ‘Yes!! Well deserved. She is not given enough recognition. Love her!! and another follower posted this: ‘So happy she’s finally receiving her well-deserved roses

One commenter wrote: ‘Lovely stated thank you for acknowledging this gem kind lady and another followewr said this: ‘Her voice is so soothing, unique and simply amazing.’

A follower posted: ‘When it feels like you been waitin’ all your life for this second You’d be a fool to just let it pass, so go and get it Don’t matter near or far, to the moon, the stars I’ll do whatever I need to follow my dreams .’

Someone else said: ‘Yep! All of this!!! Give @jazminesullivan all the flowers and another follower posted this message: ‘A voice of a goddess here to save us from all of our pain

A follower posted this: ‘Beautiful kids the boy looks like your husband, and the girl looks like candy.’

Toya Johnson shows off her glam room makeover. Check out the posts that she shared on her social media account below.

‘My fav @therealnoigjeremy came to our studio on his day off and gave my glam room a makeover. I love it JJ thank you so much! I’m loving the way our work space is coming together! #TWP #BBH #Rushlifemusic #Rushtravel #WNM #A&Rstudiosatl #wegrindtogetherweshinetogether Toya captioned her post.

Someone said: ‘Any and everything for my baby love.  I’m so glad you love it. and a commenter posted this: ‘who wants an animated music video done by me?’

One other follower said: ‘Mrs Toya Johnson You have to wonderful beautiful two just like you, my amazing friend always. enjoy your awesome baby girl birthday for me also you’ll have a great day.’

Someone else said: ‘#PowerCouple I love this!! #CouplesGrindingTogether Doesn’t it feel good to not only work with your man but also watch him grow!! It’s sexy in a way lol.’

Someone else said: ”@toyajohnson will forever have my respect as a young black man seeing women bring her family and help them get into a better position is amazing.’

In other recent news, Reign Rushing has a lot of fans these days, especially among Toya Johnson‘s followers. She shared a video featuring the baby girl, and fans went crazy with excitement after seeing the cutie pie.

‘The finesse game is strong already that’s my girl  ’ Toya captioned her post.

Also,  Toya Johnson shared a bunch of photos featuring Robert Rushing and Reign Rushing. Check out the sweet pics that she shared on her social media account below.

Toya is living her best life with her family and friends and fans are happy. Stay tuned for more news.

Jordyn Woods shared a video of her working like crazy. Check out the clip that managed to drive their fans and followers crazy with excitement.

“So if I were to stop making music,” said one fan, “training with a mask is no good.”

One follower said, “You are literally exercising with a mask on your face which is ridiculous”, and someone else said, “You can live a positive life with a negative mind.”

Another subscriber posted this message here: “Who wants to make an animated music video of me?” And one follower said: “Dammm dammm @jordynwoods you are the sexiest and most talented Instagram model / businesswoman of all time #wcw.”

Another said, “I like these hand weights. Where can I receive it? “And someone else said, ‘In 2021 Jordyn Woods is coming to pick up your husband!!!”

One supporter said, “I can’t do this mask thing. I just can’t. I’ll stay home until I can exercise without nearly killing myself.” hated! Even they have a botox face to look like your girl. KEEP SH ** TIN ON THEM! “

Furthermore, Jordyn Woods has been the rock of Karl Anthony Towns for the duration of their relationship.

The NBA baller gave his wife a pretty reputation and revealed a devastating incident.

When Karl did Q&A on his Instagram Stories, he found out that he had been hit by a drunk driver during the offseason and had to be hospitalized for it.

A fan asked him how he got over it all, to which he partially replied: “My wife has held me back more than the world knows. My mom and family members passed away (1 day of their day in Cabo), got hit by a drunk driver in LA off season (it was 2pm) and stayed with me in the hospital overnight, helping me through rehab for this stay. with COVID. ‘